Out-sourcing of public services in Italy and Denmark 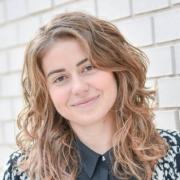 Anna Mori is Postdoctoral Fellow at the Department of Social and Political Science, University of Milan. Fields of study: comparative employment relations, particularly within the public sector, and trade union strategies. 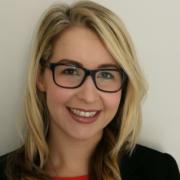 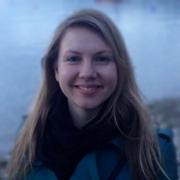 Collectivity besides the company

Workers’ representation in the German film and television sector 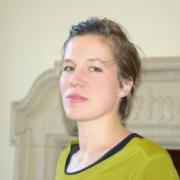 Out-sourcing of public services in Italy and Denmark

The article investigates how far two inclusive regimes of employment relations in the public sector, as the Italian and the Danish ones, turn to be functionally equivalent in their labour-management collaboration under market pressure in the outsourcing of public services.

The prominent ping-ponging debate about convergence or enduring differences in national models of public administration and public sector employment relations seems to have reached a shared position. Scholars agree upon the resilience of country-specific institutional configurations in coping with exogenous pressures and endogenous shocks (Bach and Bordogna 2016). The ensuing question can then involve the functional equivalence of different models sharing common structural characteristics, under analogous pressures. To what extent similar national institutional configurations are able to pursue analogous objectives in terms of distributive outcomes of market risks in employment relations under market pressure? It is of particular interest the investigation of the social solidarity capability of inclusive systems of industrial relations, against a backdrop featured by the interplay between the austerity agenda in the aftermath of the financial crisis and swelling market-type practices in public sector across Europe.

Empirically, the article illustrates the argument with an examination of Italy and Denmark, chosen as “most similar countries” characterised by centralised sector agreements, high collective bargaining coverage, protective and inclusive labour institutions and strong trade unions with a high membership rate and an institutionalised role in collective bargaining. These rooted resemblances provide a privileged test case to investigate how far these institutions perform in the same way in sheltering employment and working conditions from detrimental transformations triggered by the outsourcing processes. Furthermore, responding to the scholarly call for a an integrated approach between institutions and actors, the article looks not just at how labour market institutions and regulatory frameworks accommodate and shape market dynamics, but also at how these institutions shape room for manoeuvre that the actors can utilise and exploit (Meardi et al., 2016).

Functional equivalence is operationalised as degree of resemblance in market risks distribution. Such variable displays three patterns according to the pre-existing power relations between the social actors and the institutional framework within which these dynamics occur (Breen, 1997). The risks can be contained (hedging of risks), counterbalancing the growing exposure to the market for workers with interventions of (quasi-) general reciprocity within companies and social protection institutions. Where reciprocity is lacking, mechanisms for transferring risks to workers (transferring of risk) are triggered as a result of the greater discretion acquired by the employer in work relations. The transfer of (part of) risks through mechanisms of asymmetrical and contingent engagement of employers in labour relations would lead to greater responsibility for workers, obliging them to self-provide for individual protection against market risks. In the third case we assist to a process of re-commodification of work (re-commodification), through the overall weakening, if not the dismantling, of the mechanisms and devices of job protection.

Evidence is based on four in-depth case studies of outsourcing processes in local government and healthcare sector across the two countries, including 64 semi-structured interviews (38 in Italy and 26 in Denmark) carried out in 2013-16 with key-informants, complemented by documentary analysis of secondary sources, relevant legislation and national collective agreements. The comparative analysis looks at the transformations of working conditions following outsourcing of public services and at the unions strategical responses to such processes.

The analysis endorses a substantial degree of functional equivalence between the two employment relations systems. Italy and Denmark, though diverse mechanisms, ensure stable and protected terms and conditions of employment for the whole public personnel employed in outsourced services. Accordingly, both collaborative institutional frameworks of employment relations in the public sector can be reliably associated with the “hedging of risk” model proposed by Breen (1997). However the full functional equivalence resulted in the public employment does not apply if we expand the consideration to the repercussions of such market pressures on the intertwined private sector workforce employed in contracted services. If the “hedging of risks” pattern persists in Denmark, on the contrary in Italy market risks are heavily discharged upon private sector workers, who do not enjoy the same protections ensured to public employees, showing instead a “transfer of risks” pattern.

The interrelated effect of institution-related and agency-based factors contribute in explaining the non-perfect juxtaposition of the two inclusive models in shielding terms and conditions of employment from market forces. National institutional arrangements play a pivotal role in mediating the repercussions triggered by market-driven pressures on labour (Jaehrling, 2015), reconciling transformative strain with the peculiar domestic labour market configuration. Moreover trade unions’ organisational responses to outsourcing processes turned to be antipodal. Italian unions followed a concessionary and expelling strategy, in which they concentrate rather exclusively on the core workforce in standard employment relations in the public sector. Conversely trade unions in Denmark opted for integrative strategies in which workers representatives attempt to integrate in their structures the contracted workforce across the whole network of subcontracting.

To conclude, the Danish system, comprising the institutional context and actors’ agency, operates as a market-embedding tool (Jaehrling, 2015), where the market is integrated into the whole labour market through solidaristic forms of coordination, while the Italian case develops along a segmentalist social solidarity pattern (Thelen, 2004).