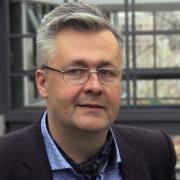 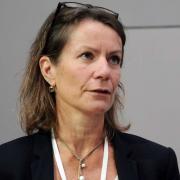 Maria Jepsen is director of the Research Department at the ETUI and chargé de cours at ULB. Fields of study : Gender, European Social Dimension

One of the key responses from the European Union (EU) to the global financial and sovereign debt crises has been to overhaul its economic governance regime. The former Commission President, Jose Manuel Barroso, went even as far as to label the shift to the EU’s New Economic Governance (NEG) regime a ‘silent revolution’.  In this paper, we propose a new approach for the analysis of NEG and examine the question whether we are really witnessing a progressive socialisation of its policy content, as an emerging literature claims.

We do this through three key steps. The first step is to offer a new way of thinking about the institutional structure of the NEG regime, especially the so-called European Semester, which, thus far, has primarily reflected the EU’s own understanding of it across various academic literatures. The second step is to propose a methodological innovation in how to evaluate the policy orientations and prescriptions stemming from the NEG regime. Whereas most studies about the EU’s Country Specific Recommendations (CSRs) treat each prescription as equal, as if they exist in an institutional vacuum, we instead take into account the varying degrees of constraint that are attributable to NEG prescriptions as they relate to the broader institutional structure they are embedded within. Hence, the more precise and enforceable a NEG prescription is the more significant it becomes. Furthermore, our analysis also accounts for the location member states find themselves in across the uneven but deeply integrated European political economy, as otherwise similar NEG policy prescriptions can take on very different meanings from differentiated positions within this structured environment.

This allows us, in a third step, to apply our conceptual and methodological innovations to a contextualised analysis of close to 100 NEG document issued between 2010-2018 for the Eurozone as a whole, Germany, Italy, Ireland and Romania, i.e. for different locations of the EU’s uneven but deeply integrated political economy. Focusing on policy areas affecting labour politics, including wages, labour markets and collective bargaining, our findings demonstrate that there has not been a progressive socialisation of the Semester. Instead, a pro-business policy paradigm is still dominant over any social(ising) considerations, despite the more positive assessment of the NEG made by EU social policy think tanks, such as the Observatoire Social European, or the European Trade Union Confederation. We therefore conclude our paper with some reflections that problematise these dissonances and discuss possible future (research) orientations on the EU’s NEG regime and labour politics.

A comparative analysis of recent EU interventions in Italy, Ireland and Switzerland

The literature about the effects of the European integration process on labour and labour relations can broadly be divided into two opposing camps. On the one side, there are those who associate the European integration process with an overarching, transnational liberalisation trajectory (Baccaro & Howell 2017). On the other side, there are those who are detecting diverging, country specific, trajectories at work. Pulignano (2018), for example, acknowledges a growing commodification of labour in the EU’s periphery, not least given the imposition of the “structural reforms” championed by the Eurozone’s New Economic Governance (NEG) regime. At the same time, however, she is also emphasising the relative stability of de-commodifying labour institutions in affluent North-Western European countries, notably Denmark, which is not subject to the constraints and conditionalities of the Eurozone’s NEG regime. In a similar vein, Afonso, Fontana and Papadopoulos (2010), for example, showed that in the case of Switzerland, further integration into the European single market led, until very recently, to an astonishing decommodification of Swiss labour market institutions. This assessment, however, might no longer be true.

In this paper we therefore conduct a comparative qualitative analysis of the strikingly similar labour market liberalisation requests of the European Commission in relation to the Irish, Italian and Swiss labour market institutions issued in very different institutional contexts. These include the Commission’s commodifying NEG prescriptions for Ireland and Italy (2010-2018), i.e. a large and a small Eurozone country, which are in the (semi-) periphery of the Eurozone. In addition, however, we are also analysing the Commission requests to liberalise the Swiss labour market institutions during the ongoing negotiations for an EU Switzerland “Institutional framework agreement”, which aims to cementing future ties between Switzerland and its biggest trading partner. This case selection is innovative as it allows us to assess if the Commission’s labour market liberalisation requests are linked predominately to Eurozone membership and the relative peripheral location of a country in European supply and production chains, or simply the EU’s new single market logic as expressed in the ECJ judgments in the Laval quartet.